After some training exercises, don't you wish the dummy could tell you how it was treated, and how a live casualty would have faired in the same situation; Well now you can with mannequin-man as a rescue dummy (Ruth Lee style).

Mannequin-man will act like as a fire drill training drag dummy (or reggie) for the whole exercise unbeknownst to the trainees, and then give feedback to them at the end. Since they have no idea that it's not a standard drag dummy they are training with, it's only at the end, when the trainee fire recruits realise it wasn't a dummy, that they admit that their handling was rougher than if they had been training with a live casualty. This then allows them to make a closer connection between the dummy and live casualty, and allows them to reflect on where their handling could be improved.

Suitable where you could use a live casualty, e.g.

Also see my Blog on how I became a living drag dummy. 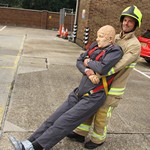 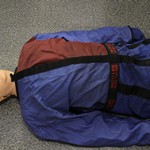 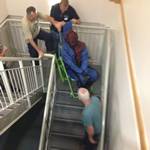 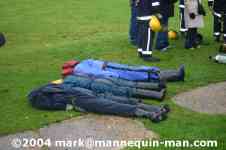 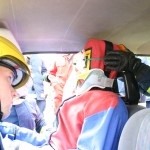